The crystallographic preferred orientations (CPOs) were measured on a suite of samples representative of different structural depths along the West Cycladic Detachment System, Greece. Electron backscatter diffraction (EBSD) analyses were conducted on calcitic and mica schists, impure quartzites, and a blueschist, and the average seismic properties of the rocks were calculated with the Voigt–Reuss–Hill average of the single minerals’ elastic stiffness tensor. The calcitic and quartzitic rocks have P- and S-wave velocity anisotropies (AVp, AVs) averaging 8.1% and 7.1%, respectively. The anisotropy increases with depth represented by the blueschist, with AVp averaging 20.3% and AVs averaging 14.5%, due to the content of aligned glaucophane and mica, which strongly control the seismic properties of the rocks. Localised anisotropies of very high magnitudes are caused by the presence of mica schists as they possess the strongest anisotropies, with values of ~ 25% for AVp and AVs. The direction of the fast and slow P-wave velocities occurs parallel and perpendicular to the foliation, respectively, for most samples. The fast propagation has the same NE–SW orientation as the lithospheric stretching direction experienced in the Cyclades since the Late Oligocene. The maximum shear wave anisotropy is subhorizontal, similarly concordant with mineral alignment that developed during extension in the Aegean. Radial anisotropy in the Aegean mid-crust is strongly favoured to azimuthal anisotropy by our results. 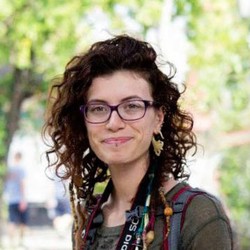