Source Properties of the 16 July 2014 Magnitude ∼4.5 Double Earthquakes in the Northern Canadian Cordillera

On 16 July 2014, two moderate earthquakes with similar body‐wave magnitude (⁠MB 4.5 and 4.6) and epicentral location occurred within 9 min in the northern Canadian Cordillera (NCC), northwestern Canada. Based on magnitude and waveform similarity, cataloged location, and timing, we refer to them as double earthquakes. In this study, we report their source properties using seismic data from regional and distant networks of broadband seismograph stations. Based on teleseismic depth‐phase modeling and double‐difference relocation, the focal depth for the first earthquake is ∼3.5–4.0 km and for the second, ∼6.5–7.0 km. The distance between the two epicenters is ∼1.6 km, for a total separation of less than 3 km. Moment tensor solutions show reverse slip with a minor strike‐slip component and a moment magnitude Mw 4.2 for the first earthquake; the solution for the second earthquake is mainly strike slip with a small reverse‐slip component and a moment magnitude of Mw 4.4. We analyze continuous data for one week following the earthquakes using a matched‐filter technique and detect >20 aftershocks with magnitude ML>2.0 that were previously missed in routine network detections. Combined with observed structural fabric, these results suggest that the eastern part of the NCC represents a large and slowly deforming transpressional zone, simultaneously accommodating continuous right‐lateral shearing of the Cordillera and thrusting along the pre‐existing thrust faults of the fold‐and‐thrust belt. 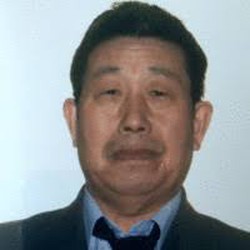